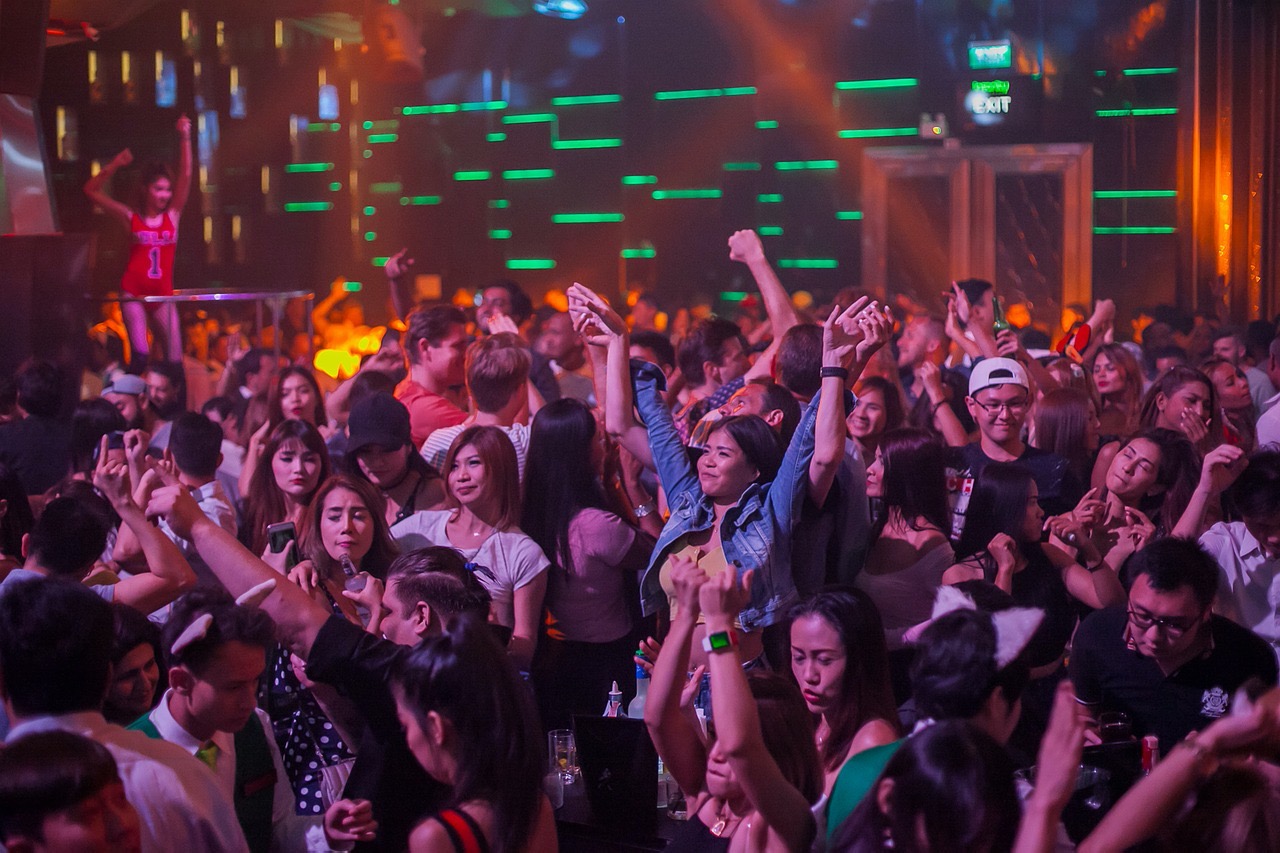 Music events proven to have a positive impact on wellbeing

By NTIA18th December 2020No Comments

For anyone fortunate enough to attend live music events, whether that’s gigs, festivals or club nights, the resoundingly positive effects are undeniable — if you have not yet used the phrase ‘best night of my life’ you have not been doing it right. But in 2020, anecdotal evidence about the perceived benefits of live music simply is not enough. The industry has taken a battering at every level thanks to Covid-19, and the government’s response to the crisis has been lacklustre at best — from brushing aside the severity of the damage caused to actively seeking to inflict it, the industry has been left to fight a swelling tide of issues.

So, the release of a study by the University of Leeds about the impact of attending events on a person’s sense of wellbeing couldn’t be better timed. Commissioned by the ticketing platform Skiddle back in 2019, when the word corona still conjured images of ice-cold beers and 90s bangers, the study was conducted by the university’s School of Music, with the aim of investigating the correlation between music event attendance and wellbeing. After almost a year of rigorous analysis, the results are in and predictably, there’s overwhelming evidence that going to gigs and club nights is good for us, and interestingly, perhaps in more ways than initially thought.

“Everyone wants to believe that music is a good thing,” explains Professor Karen Burland, Head of Music at the University. “But we need reliable evidence that’s been processed in a really detached way. Then we can have faith that the results are representative, statistically significant and truly meaningful.” With this in mind, the survey captured both quantitative and qualitative data, allowing respondents to determine answers according to a numerical scale as well as expanding on their responses with additional written comments. “We were interested in not biasing as much as possible,” adds Associate Professor in Music Psychology, Dr Freya Bailes. “That way respondents are able to express what’s important to them.”

This combined approach provided valuable insight, not just in terms of numbers but also in exposing the dominant emotional factors behind each response. For example, it was discovered that in relation to gigs, 79 percent of people felt positive the day before the event (with negative responses frequently referencing unrelated anxiety, stress, and tiredness), a number which rose to a combined total of 97.3 percent across a spectrum ranging from slightly to extremely positive at the event itself. Additional probing revealed more detail behind those high numbers, with comments like ‘love live music — there’s nothing better’ and ‘the music was great, lots of material I’d not heard before, and a friendly audience’ suggesting that both music and setting act as key contributors to happiness, and vitally, work in unison to relieve negative emotions and mindsets.

Further exploration into mentions of positive impact on wellbeing drew comments like: ‘I felt safe and happy,’ ‘I felt happy, excited and welcomed by everyone’ and ‘being with friends, singing along and dancing to music where everyone else in the room is feeling the same makes you happy’. This last quote was reflective of many people’s experiences, with others expressing a sense of connectivity as a significant factor in their sense of wellbeing: ‘We were all on the same wavelength, singing, dancing, it’s a diverse crowd, but everyone was united in the moment,’ commented one; ’Enjoying uplifting music with like-minded people,’ stated another.

For those who work within the music industries, these findings will not come as a surprise. Everyone from performers to promoters to venue owners could conjure countless stories about the poignancy of shared experience, and as NTIA’s Head of People and Operations, Silvana Kill, points out, the potential erasure of this environment is troubling. “Going out, connecting with others, and building relationships are vital human experiences, forming an integral role in everyone’s journey toward adulthood,” she says. “These are critical building blocks of social interactions and without them, the long-term effects will be felt in the coming months. It’s clearly important from a social wellbeing perspective that we consider the long-term effects caused by Covid-19, lockdown, and the restrictions currently being placed on younger generations.”

The research echoes this sentiment, to no one’s real surprise. “When we feel we belong, we feel better,” explains Professor Burland. “There’s a whole body of literature about how we have musical empathy with those around us.” Dr Bailes agrees: “There seems to be evidence that when you synchronise with others there’s social bonding present,” she says. “I’ve done some research on people physically moving in time with other people, which of course is what’s happening at live events and club nights…and our liking of others is improved; our trust is enhanced.”

This sense of tribal-rooted togetherness, albeit subconscious, impacts wellbeing, to the extent that a high proportion of people leave gigs feeling elated, a reaction amplified by the observance of others’ happiness (92 percent of respondents reported a positive impact on the happiness of their peers at the event). So, the stats demonstrate that going to gigs can be beneficial on both an individual and collective basis.

Questions in relation to club nights revealed similar findings, with 68 percent of respondents reporting feeling positive the day before the event, rising to 93 percent at the event itself. On leaving the club, positive affirmations included: ‘Great, I met new friends who I am now still in touch with’ and ‘A lot more alive than when I arrived,’ reinforcing the idea that feeling connected can ease stress and anxiety. “The reason people go to live events is because of the social aspect of it, so that wasn’t surprising,” says Professor Burland. “But what came out of this research was the very direct impact it was having on wellbeing. There’s something about being there in the space, about absorbing the atmosphere, which is really special.” Indeed, the study only scratched the surface of what going to music gigs can do for our state of mind, and there’s hope that if wielded correctly, its benefits could be limitless. One revealing comment hinted at the potential: ‘I have ptsd. Sound therapy that resonates with me works to alleviate symptoms. Public places frighten me. When music is present I manage that better.’ Music can remove pre-existing barriers and heighten feelings of inclusion, and while that’s beneficial for everyone, it’s particularly significant for those who already feel they live on the fringes.

It is worth mulling on this when considering the government’s stance on music events. Venues have been closed or prohibited from operating at capacity since March, during which time thousands of people have lost their jobs and many iconic institutions have been faced with closure. And while it’s essential to act responsibly and within scientific guidelines during the pandemic, there are other industries that haven’t been forced to contend with equally strict regulations — it’s fine to go to a gym, for instance, but clubs are off the menu. “Unfortunately, events aren’t considered a ‘viable’ industry or form of leisure activity by the government,” explains Skiddle marketing manager, Georgia Roberts. “The results from this study came when students were going back to university, and the government was encouraging them to stay healthy by doing exercise as a leisure activity. There was no consideration for the ramifications of not allowing music events on young people’s mental health and wellbeing.”

The study reinforces that music is regarded alongside sport as a major form of leisure activity, and 93 percent of those questioned reported a positive impact from attending live music events, making music and performing, and listening to music at home. ‘Makes me feel good about myself both mentally and physically’ one respondent affirmed; ‘Healthier, connected, achieving, learning, happier and more fulfilled’ said another.

“There’s a real, well-founded fear that if there isn’t support for the music industry then absolutely, that’s incredibly damaging,” says Dr Bailes. “For many of our respondents, this is really clearly coming across as something they think of as their main leisure activity that they associate with wellbeing.” Michael Kill, CEO of the NTIA agrees. “In the fight for nightlife, festivals, and events to be seen as a viable and integral lifeline to the communities they serve, we continue to see evidence that supports our mission,” he explains. “The government and public must realise that electronic music embodies so many different elements of expression for so many people. This scene brings communities together, teaching without consideration and encouraging development without barriers, and that’s what makes it essential to mental and social well-being.”

Despite this, sufficient government support is not forthcoming and over 75 percent of music venues across the country may be forced to close before the end of the year. “If venues don’t exist then it will be bad news not just for the wellbeing of the general population but for the musicians and all those people who’ve built their livelihoods around venues existing,” concludes Professor Burland. “While I understand that the government has had to take the decisions that it has, I think they have to take responsibility for ensuring that those resources are still available when this has passed.”

And yet there is a very real danger that without recognition, the music events industry will be left to wither, and a once thriving scene will disappear into wasteland. Action must be taken now, not only to safeguard a culture that is deeply ingrained within our identities, but also for the collective wellbeing of generations to come. The value of music events can no longer be denied, and as a society, we ignore it at our peril. 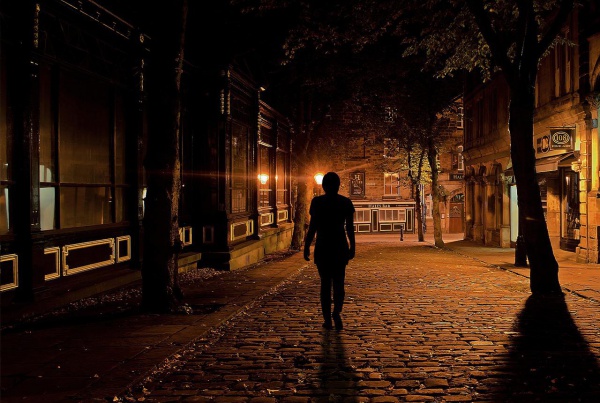 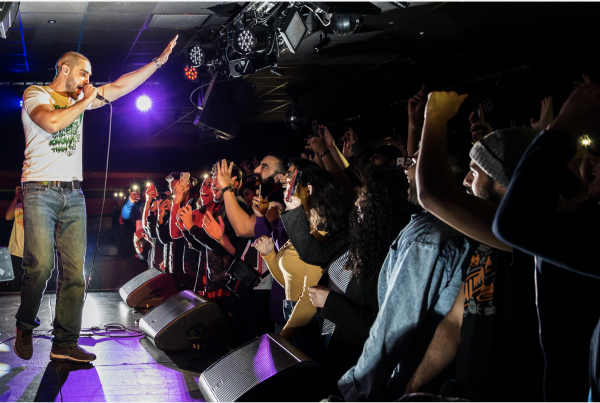